Clothes……ever since we began wrapping ourselves in leaves and animal skins, clothing has represented a very important part of our needs. So important it is, studies show that clothing ranks with food and shelter in a hierarchy of needs1.

Perhaps, it is not fair to say that through all these ages no people ever had a fascination of clothes as in our time… But we must agree that we have set giant strides in the business of clothing; from the head-aching prices of some clothes to the worldwide appeals of some brands and the vivacity with which these brands are patronized. Welcome to the world of Designer Clothing.

Designer clothing is distinguished from other brands by the name it bears (and there is quite a long list of names): the rule is, the ´bigger` the name, the more excited the customer, the more expensive the cloth.

It is agreed that the history of designer clothes began in the 19th century, “Charles Frederick Worth… was the first designer to have his label sewn into the garments that he created”2.

The Designer Clothing industry has grown so much since then…it has spread from Europe to the other continents of the world with notable designers from The Americas, Asia, and The Middle East getting international recognition and patronage.

The clothes made by these designers has also changed over the years with inputs by different peoples from different cultures with different experiences the designer clothing industry today is a reflection of the creativity of the designers, the groundbreaking job of their marketers and the gullibility(or otherwise) of the people.

Depending on the particular clothing being talked about the answer to both questions may be yes or no.

What people go to buy when they visit an outlet that deals in designer clothes is the image that being seen with that brand bestows on them (this may be due to a particular celebrity using that brand or due to the marketing theme of the company), people buy designer clothes to get the exclusivity that having the particular brand confers on them……they are buying the status and symbol not the clothing. 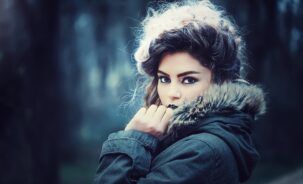